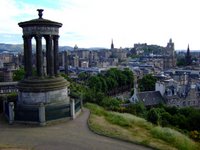 My original plan was to fly to Scotland on Thursday so I’d have 5 days in Scotland to catch up with a few friends. As things go, I ended up with a terrible fever and shivers when I got home from the Bridge of Ross a few days before, and my fever quickly resided as it came, but I was still feeling ill, muscles ached, drippy nose, and coughing up some nasty phlegm. I’m sure that you wanted to know that. Anyways, I flew a couple of days later from Shannon, on Saturday night to Glasgow Prestwick and checked into the Glasgow SYHA (Scottish Youth Hostel) where a friend of mine is working as the acting manager. Unfortunately, he was off out with his gf. 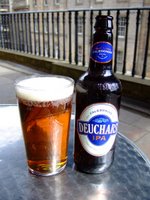 Anyways, after checking in after midnig 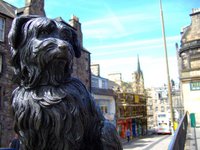 Here’s a warning to you if you’re thinking of taking the bus. You need to reserve a seat, or you may not be let on

What a bloody long day. Got to Stansted, had to take a bus to Heathrow, but the bus was delayed, just got my flight to Hong Kong, then to Narita, to Tokyo, then Tsubame-Sanjo, and a walk to my car in the heat with all my lugguage. Just hoping that my car is still there. Man… you gotta love travelling eh?