It’s been a week since I’ve returned to Japan, and I’m still trying to figure out if my journey to Ireland was either a dream or reality. Or is this current state of my duties, working in Japan the actual dream. Is it a nightmare? Well, during my short but ever so relaxing 2 week stint in Ireland, I realized that my pace of life in Japan was running at full steam. Sure enough, I wasn’t working while I was in Ireland this time around, but even during my days off in Japan the pace of life seems to be so different. 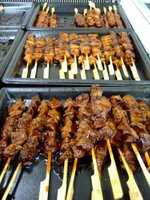 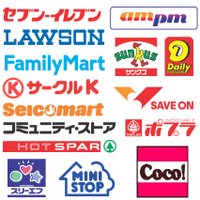 Japan is definitely a land of convenience, (not all the time though, but when it comes to eating) where japanese convenience stores are open 24hours a day, and provide a great selection of fresh food, and grocery stores provide a one stop shopping experience. Japan is a place where you no longer have to actually chop and cook your meal, but nuke it and presto. As the Japan coin the term, “CHIN” not chin as on your face, but more like a “ching” “ting” the sound of a bell ringing, which represents the sound of the microwave finishing off it’s nuke cycle. So, in Japan they literally say, “Give me a sec there hon, let me just -chin- your dinner for you”. At the grocery store you can find plenty of salads, side menus and main course that are ready to eat. Just slide them over onto your plate/bowl whatever and -chin-!

Sure, such conveniences can be found almost everywhere in the world, but I find that the Japanese have it working almost to perfection. Give a few years, and I’m sure that the Japan will begin to have issues with obesity and whatnot. I can’t believe that 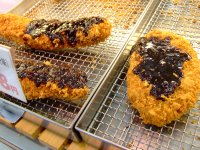 Now, let me get back to my original idea of everyday living pace. Sure, when I was in Ireland, one could do your one stop shopping at the local Tescos or Dunnes Stores, but there are more mom & pop shops around than in Japan (well, where I live in Japan anyways). So, not only to support the local shops instead of a possible foreign multinational corporation, you visit the local fruit & veggie shop, the butchers, fishmonger, bakery etc. It all takes time. And I’m wondering if all this time spend forces one to set their daily pace.

I even noticed a change of pace from Narita International Airport. Everything scheduled efficiently, but sets a rule and schedule for you to run on as well. From the airport, I bought a train ticket to home. And right there, at the JR East ticket counter, I was given a fully laid out plan of attack.

“Ok sir, your train from the airport will depart at so-n-so at platform blah, and your seating is heh and hum. The arrival time at Tokyo is so-n-so, and you have blah blah minutes to get to platform bleh. You will board ding-dong train number whoo-hoo, and unreserved seating are carriages tomax thru to xamot. You will arrive at your home station at exactly so-n-so time.”

Phew! A mouthful, but since this is Japan, I KNOW that everything will be on schedule and on time. I can’t say that for many other countries. No delays here. They’ve got efficiency working here to the max. But right then there, I am no longer going at my own pace. I must move and do things according to the set plan and schedule that I’m given. Efficient, but makes for a damned busy schedule.

Now, let me describe a similar situation but when out on the west coast of Ireland. I was to catch a train, get to another station to get to the bus station to get a shuttle bus to the airport. I’ll try and avoid stereotypical Irish accents here for the moment.

“Aye, your train should pull in around 10 to 3, and get to ehem station. Buses to the airport leave about every half an hour”

Hmmm… everything is all about “about” so that you definitely waste a lot more time, but find yourself slightly more relaxed? Might be a tad different for city slickers who are late for a flight, and always want to go last minute, but then realize that in the countryside, you don’t rush things.

Sigh, I wonder which is healthier. An efficient, busy, scheduled life, or dilly-dallied sorta lazy mans way. Anyways, I’m in Japan, so I guess I should go and plan out the rest of my day.