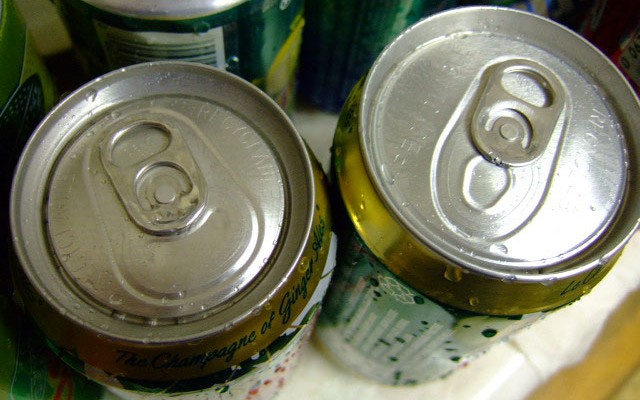 I was rummaging through my parents basement and found an older version of a pop can. Remember the days when the opening was more narrow? The widemouth came about in the late 90s… almost a decade ago. And the diameter of the ends of the cans also started to change. In actual fact, allowing the manufacturers to save approximately 15% the original required material to make a 355mL can.

I still remember the days even before the ends were curved, and cans were completely straight and there pretty much was no easy way to stack them on top of each other. Boy, packaging technology sure has evolved.

Well, on a similar note. Through out my travels, I’ve also come to learn different regional variations of what people call this carbonated beverage which is usually contained within a metallic container or PET (Polyethylene terephthalate, or normal plastic bottle in layman terms). Anyways, these are just examples of what I discovered throughout my travels. This is not in any form an officially documented colloquial English language research result.

Pop – for most people in Canada and the northern states. (though in many other places, people wonder what I want to do with their grandpa)

Soft drink – most commonly known around in the English speaking world. Also recognized even though other words might be more recognized.

Cola – southern states of US… I think.. or was it Sprite? I can ‘t remember.

Minerals – some parts of western Rep of Ireland.

Currently reading: the Economist
Today’s bit of happiness: woke up early morning and just when I checked the alarm clock, it said 05:55.55… pretty cool.