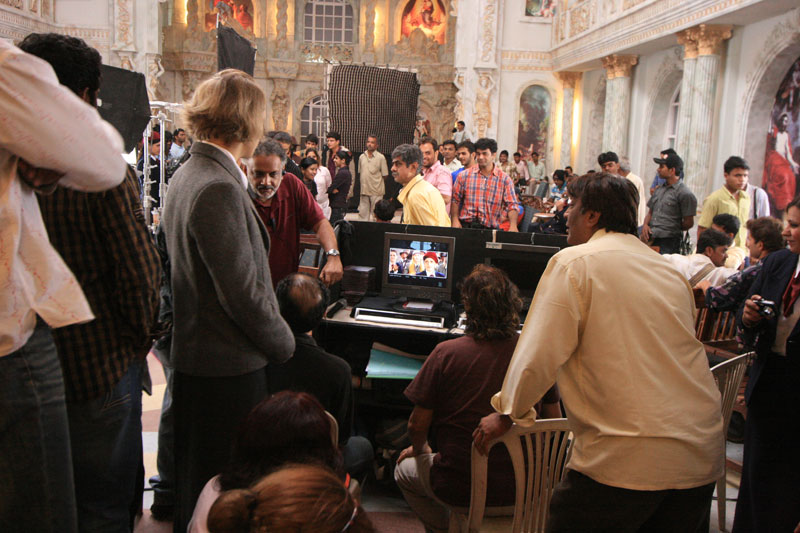 Well, after 2 months in India I think that I’m getting to understand a bit on what the regulations are here in India. By watching a few Western films on telly and Western sitcoms, I noticed that there were the occasional weird skipping of scenes. And what I realised that it was all bedroom scenes, love scenes and kissing scenes, etc. Then one day on the telly, there was a news cast of police brutality towards a couple who were caught embracing each other in public. Oh my! Looks like PDA (Public Displays of Affection) is taboo in India. Especially if you’re not married to each other. Once in a while, I found myself having a bit of difficulty following certain films and telly shows due to the constant cutting of scenes. Oh well…

PDA seems to be frowned upon in India, but there’s plenty of crouch grinding Bollywood dancing, skimpy saree wearing actresses whithering about in the rain. Every country has their censorship and it’s actually quite fun to find out what they are, and how each country goes about pushing the envelope with regards to the censorship.

Violence in the media is also an issue in many countries, how much blood and gore is one allowed to show? I find that North America is much more censored when it comes to actual violence and so-called respect for the dead is reported on the news. When in Thailand I recall watching a report on a drowning incident, and the bloated rigid body was shown on television. In Japan, from a now defunct News magazine, I also recall seeing images of a bomb blast that took place in the middle east and the scattered body parts and internal organs were clearly shown. Just recently in Nepal and in India, there were posters of dead children (victims of the Gaza genocide as it was told) posted on shop windows and telephone poles. Censorship sure works in different ways. Going back to Japan, when one is arrested, in the media the handcuffs are censored with a mosaic blur, just in case the perpetrator is found innocent, so the media is covering their behind so they can’t get sued. Even with language, in North America… at certain times certain languages can be used. (after 9pm in Canada I believe) Heck in Canada one could hear expletives such as “beeep-fucker” but in the States it becomes “mother-beeep” interesting…. I think that it was something to do with offending and associating “mothers” to the expletive. Then again, I’m probabaly wrong, as I most often am.

Anyways, I off to cycle to the Chennai airport in a couple of hours. Off to catch a flight to Toulouse, France. Hope that I won’t have any problems checking in my bicycle and gear. In anycase, see ya later!